First here is a picture of my biker list: 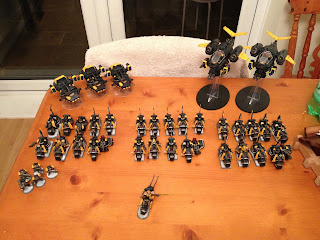 i just completed it in time for SVA, despite being let down by online retailers i managed to paint up the 2 storm talon in a week 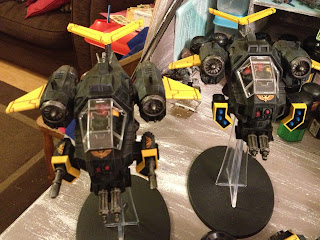 here are some close ups of the bike captain (converted from a DV biker sarg), 3 typhoons (who i one turn of shooting took out 20 ork boyz!, a small unit of scouts and the 3rd bike squad. 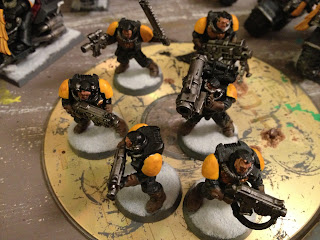 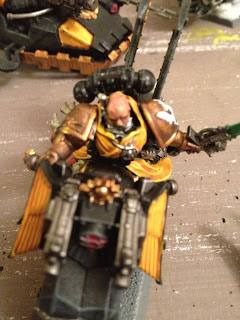 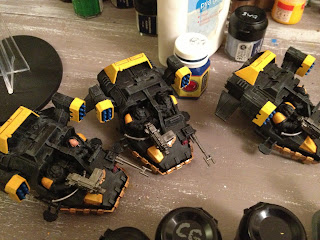 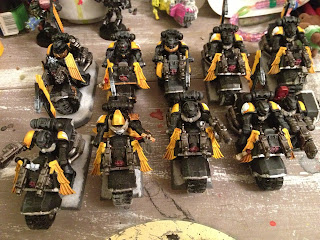 i still have a few of the details to pick out on the models but over all they have a good cohesive feel about them.

over the course of the weekend HYPASPIST ghost was with us. a few years ago he had built 2 warhounds for his dark angels army. When moving to the wastes he was unable to take them with him so he donated them to me and REDMIST. mine got repainted in my chapters colours while the other has fallen to the empty whispers of Chaos.

here they are facing each other in battle. 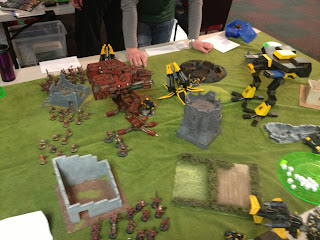 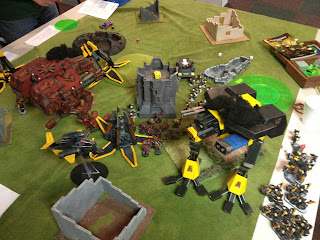 it didn't end in a glorious way for either titan, both being wiped out by the end of the game.

i am on a bit of a break for the moment, but when i am back i will complete my bikes and plan for something new.......