Its been too long since i posted on here, but i have been busy all 2019.

painting lots, playing lost and getting ready fot the GT below is a review of my army at the GT: 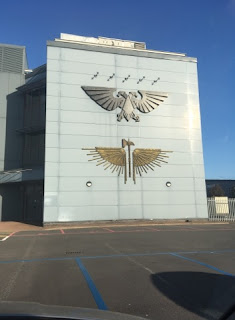 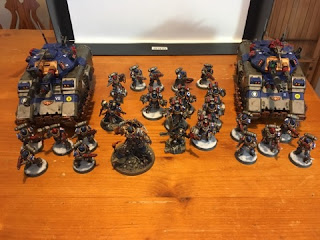 Characters. Guilliman was great, he generally deleted things he got close to. Game 4 he failed 7 consecutive saving throws! Tigurius was pretty good. Point for points compared to a normal lib there is no contest. His -1 hit was amazing and with +1 and a re-roll he didn’t fail a single psychic power. He must have got me 15CPs across the 5 games, very useful. Cassius was again pretty good and again point foer point compared to a normal (and even primaris) being able to choose 2 and use 2 was brilliant. i would change the Canticle of hate for the +1 hit litany and there was so much stuff with a -1 hit lurking around that even with Guilliman’s re roll I was getting a lot of misses

Aggressors were scary and made people worry about them, but they were normally given the -1 to hit, this made them tough to remove. When they did hit they were generally very good. With such a massive volume of fire (too much for one roll) most targets should be scared even tough vehicles. The +1 to wound was brilliant on them (so wounding T8 on a 5!) 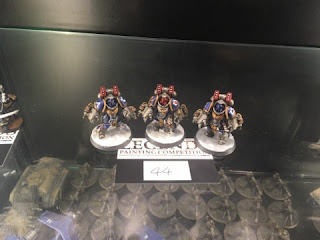 The big tanks are solid! There gun combined with Guilliman’s re roll generally performed well. I did forget about the tactical doctrine allowing it to fire twice even if it had moved over half, but not such a big deal. Again, they were a main target but luckily most of the tables had some reasonable amounts of cover to hide them behind. There biggest weakness was it’s armour, 3+ and a lack of an invulnerable save. Too much stuff can reduce it to pretty much nothing and it can start haemorrhaging wounds very easily. Lost on average just over 1 a game. 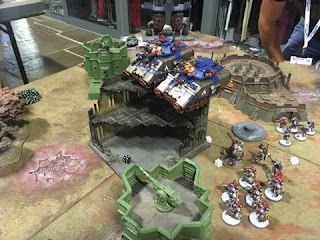 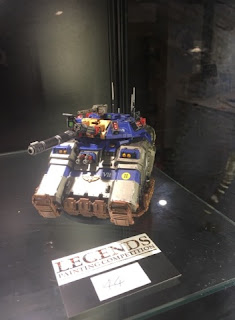 The intercessors did a solid job. Not sure on a thunder hammer in a 5-man squad, but lots of dice in shooting caused a few issues for people.

Ultramarines are very solid and not sure what I would change in the list. Maybe drop Cassius and find some points to try and get a slam captain. There are some really good combos out there and more studying s needed to learn them all.
I started the GT with a 3-0 record after beating Ad-mec, Custodes and sisters. All very tough games that never really sorted themselves out until turn 4. 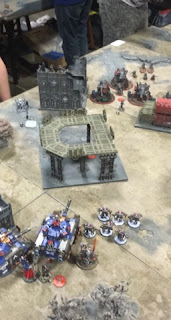 For game 4 I was an Warhammer Tv twitch channel against another marine list. Ultras successor chapter with +1 cover over 12” and vehicle count as double wounds on damage table. I made one mistake the was crucial. I went after the leviathan dread but should have left it and gone after the razorback first then shoot the grav devs when they came out with the other tank. Grav devs are very good near a chapter master ad stratagem, re roll all hots, wounds and damage!! Enough to take out my aggressors. He also ran 3 stormhawks which pump out a lot of dice! My dice weren’t great either. I rolled a lot of 2s for armour saves. Guilliman failed 7 consecutive saving throws!!!! The Warhammer TV guys were great, and my opponent was the best I played, and he won overall. 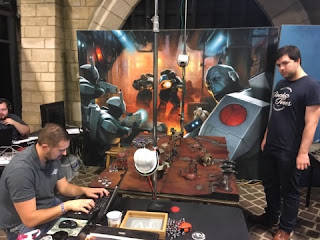 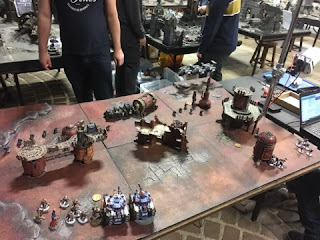 My last game was awful, my opponent fell in to the category of “one of those guys” and I was very nice to him allowing him to do things out of sequence as he forgot, but then every little decision I wanted was a big no. lost that too!!

Lessoned learnt at a GT, don’t be so nice. If you don’t think it is right call it, and if people forget tough! I forgot loads and I didn’t ask to go back and use them, maybe I should have but, seeing some of the guys in action I doubt they all would allow it.

There was a good mix of armies and I didn’t see many “cut and paste lists”. Surprisingly no Mortarion, Magnus or Greater Daemons. I didn’t see any nids, but saw most other armies
I would recommend trying to go to one if you like a more competitive gaming environment and the event was very well run and at Warhammer world is always cool.

Lots to be positive about with the new codex and primaris marines. 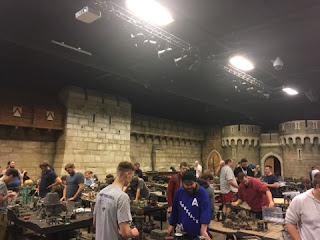 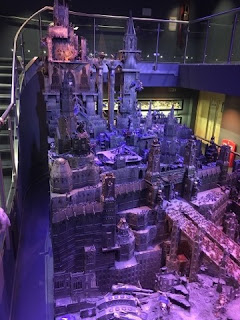 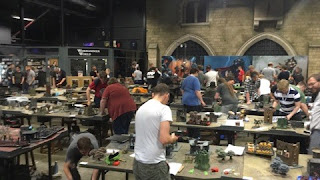