Doc here so a couple of things to share in today's post.  I have started work on a Sicaran battle tank for my Death Guard so I thought for a change I would share some pictures of the build and magnetising process for the sponsons.

First off as forgeworld kits go its a relatively simple build especially as there are no tracks to build with this kit unlike a Spartan which is a future build.  I have decided to go with Lascannon sponsons but magentise them so I can have a none sponson option if desired or needed as a points saving option. 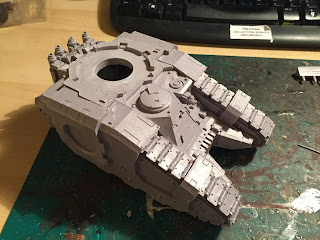 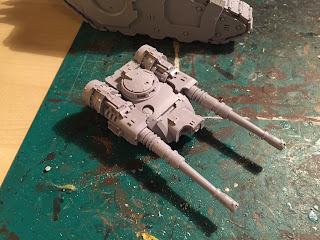 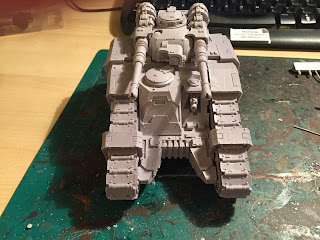 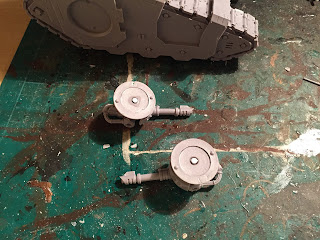 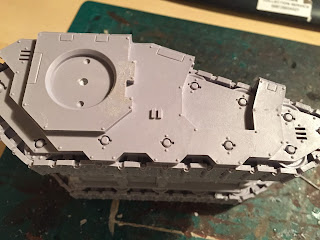 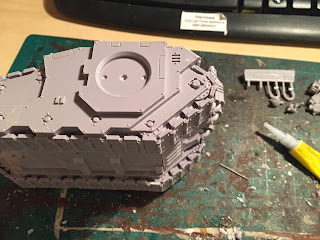 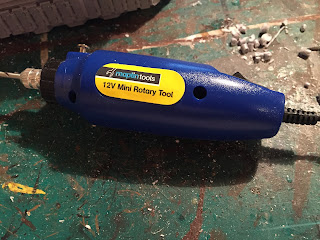 So as I say pretty straight forward build yet still managed to glue myself to the hull.  Perils of superglue!  The last shot shows my mini dremel / rotary tool from maplin best £12 i've ever spent!  Its great for drilling, cleaning and cutting and takes the elbow work out of it all!

So for those who don't magnetise there really isn't much too it.  Work out how you line up the magnets on the two pieces you would like to magnetise.  Ensure you check the polarity of the magnets you need them to attract to each other (lol).  You will get it wrong at least once and curse!   Just drill the right size hole not too deep just enough to make the magnet sit flat with the adjoining surface.  I superglue magnets in place and use a plastic rod to adjust its position before the glue goes off which is usually very quick.  Dont be tempted to check the two pieces magentise too early as often one of the magnets will pull out of its position if not dry!

Ok, second part of this post I snapped a few shots of our big Dark Angels vs Maynark Necrons game. So close just 1 vp in it, a bloody late night and a great time. On that last point it doesn't look like Innermech was enjoying himself in one of the shots which made me laugh. 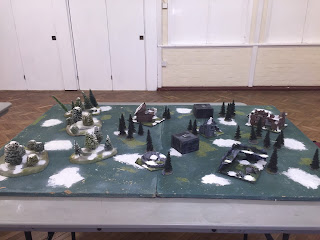 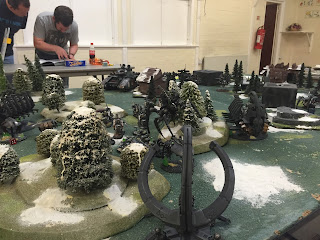 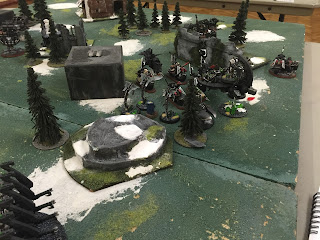 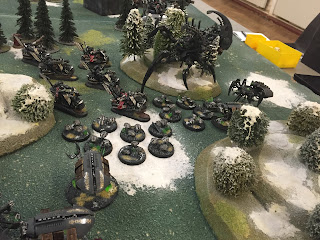 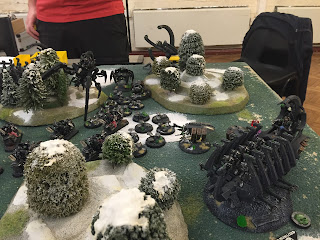 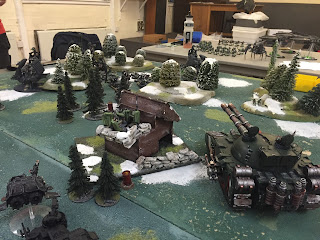 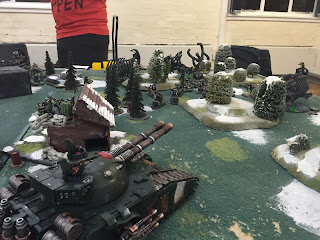 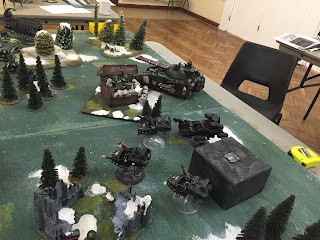 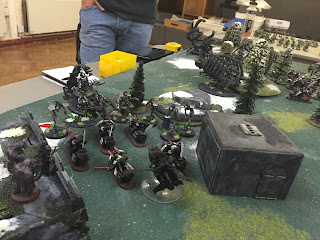 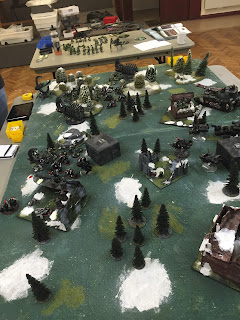 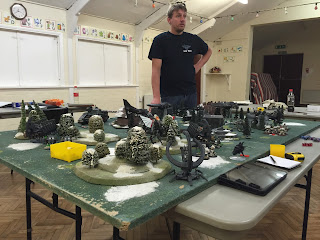 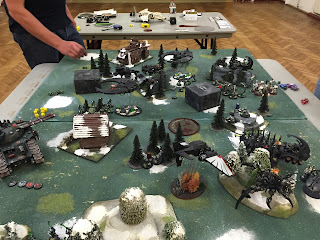 So who do you reckon won by 1 point folks?