Bluddtoof here with another new addition to my Space Marine Chapter; The Thunderbolts.
This is my new Captain with Jump Pack, Shield Eternal and Teeth of Terra. He will be leading a demi company with auxiliary support as part of a Gladius Strike Force against a bunch of filthy heretics in the form of Docs Traitor Guard; in a game in a week or so. Beware Doc!
Here's some piccies.... 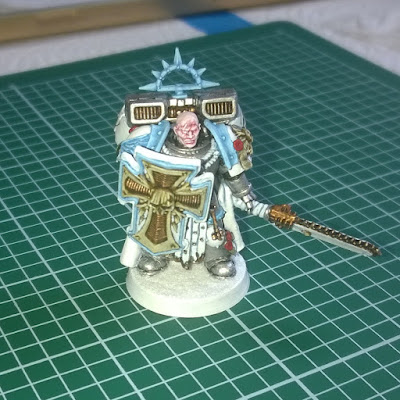 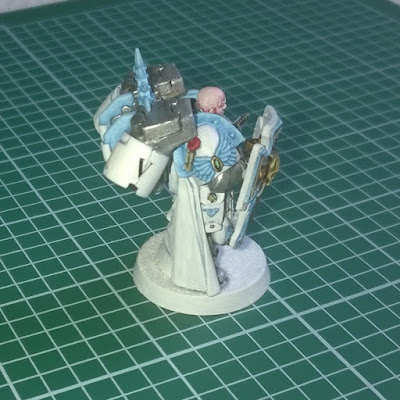 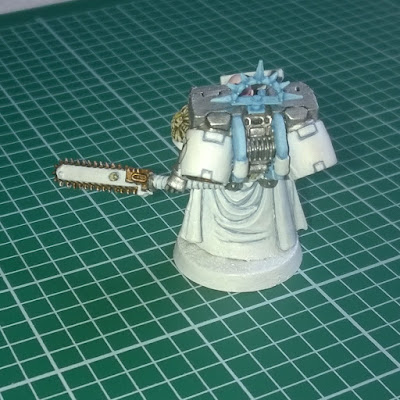 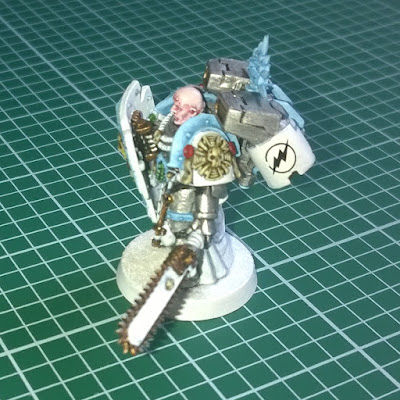 The base model is an old metal one I had in my bits box; one of the old Masters of the Chapter models. He originally had an axe in his left hand I think, I chopped the head off and replaced it with the large chain blade from an old metal Vanguard Veteran; also from the extensive bits box. The jump pack is just a plastic one from the old assault marine sprue.
I'm really pleased on several fronts; firstly I painted this in less than 2 days, pretty impressive for me; my painting occurs at glacial speeds usually! Secondly I built him over 2 years ago and he's been sat in the "to paint" case all that time. Thirdly the white went on so much easier and smoother than I'm used to; only 3 coats as opposed to my usual 4 or 5. Win all round.
And hopefully Win against the renegade filth on the 28th!
For The Emperor!