It has been a while since I last posted here. My marines have slowly being expanding. Since the last time I have painted: 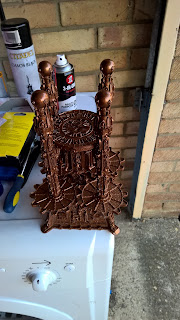 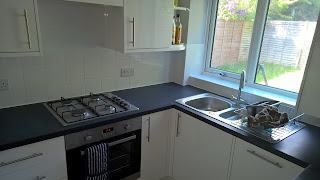 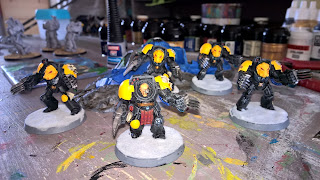 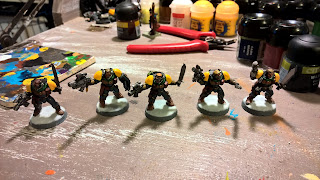 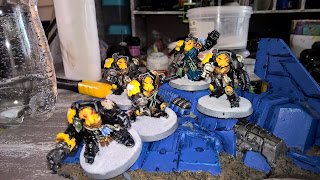 Now I am in the process of buying a house so more time being used up doing no geekery stuff.

Anyway last weekend my local mates and i played a large game. we had been discussing it for a while as with any large games things can get complicated, time consuming, unbalanced and all of the above!

First of all to try and keep it simple we said the marines would defend a fortress in the centre of the table. The nids would come in from both sides (like a mission in Horus Heresy Book 1). The marines would set up and the nids would have turn 1 in which the moved on from the board edge. This would save time in not having to set the nids up then move them. When we setting the board up we decided that it would be best not to have any terrain between the base and the table edge. While this would not give the nids cover it would also not slow them down getting to the marines. The nids aim was to wipe out the marines (not flyers).

We agreed on a time limit for moving and shooting of 30mins (timer paused for the psychic phase). We didn’t time assault as it was felt you could not do an assault for an advantage, so all would have to be done, where if you forgot to move or shoot it is generally to your own detriment. Rather than play APOC we just played a big game of 40K. APOC has even more rules and situations to remember and to be honest we just wanted to roll dice and play!

I’m not going to give a turn by turn report or anything like that, but overall the game played well with very little that needed changing. We ran out of time (as usual) but managed to complete 4 turns, which isn’t bad for 21k points on the board. The marines held out and had a little over 2k left… the nids still had a lot left! The nids did start with 25% more models and could respawn stuff each turn. Their entry point also crept closer to the base each turn. I think it was a balanced game, maybe swinging to the easier side for marines. I think we still would have held out for 1 more turn, after that not so sure!
Here are a few pictures of the game. 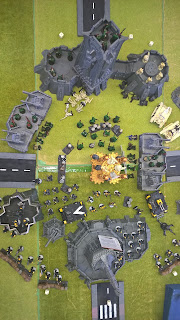 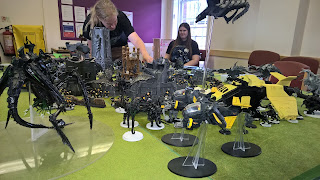 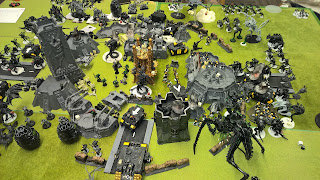 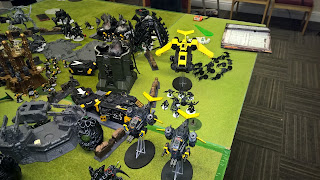 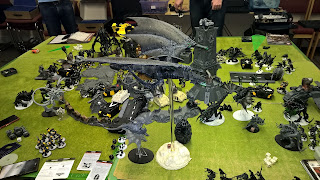 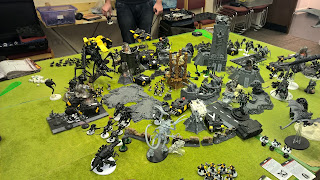 More can be seen in my photobucket account here:

So that is now over I am cracking on with finishing off my first load of Centurions and I have started the storm raven. That should keep me busy until my house move is complete!
Posted by toonboy78 at 14:52