Here are some pictures of my completed (almost) Imperial Knight Errant Freeblade. I say almost because I've still got some weathering to do yet. He'll have a mix of snow, ice and icicles eventually. I'm waiting on delivery of some bits and bobs I've ordered to do that. Once they arrive and I get it done I'll post finished pictures.
Meanwhile here's pics of the finished paintjob.... 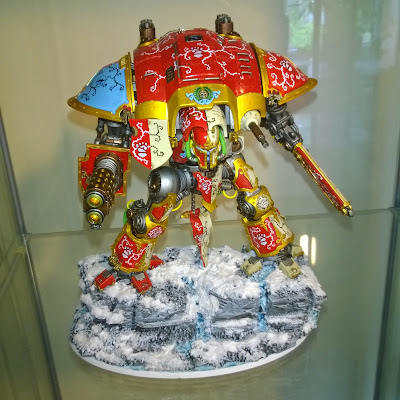 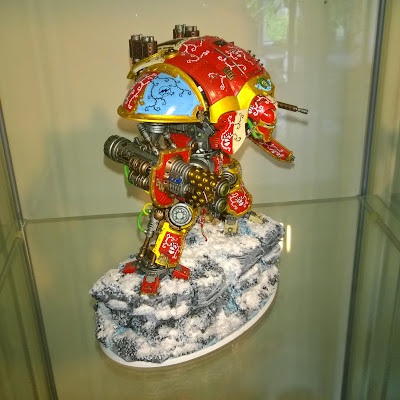 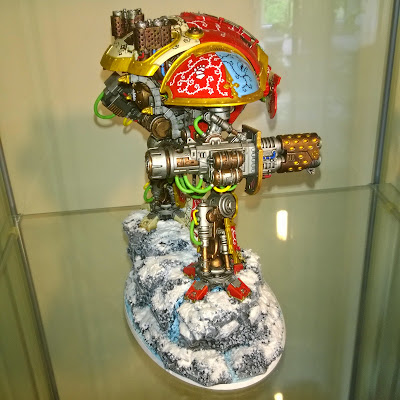 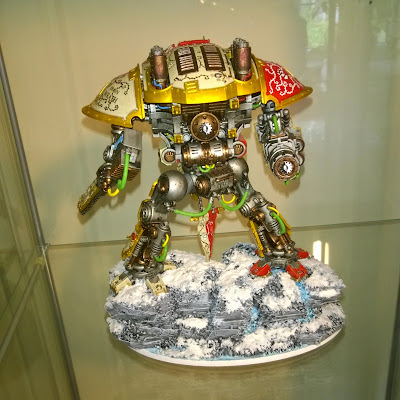 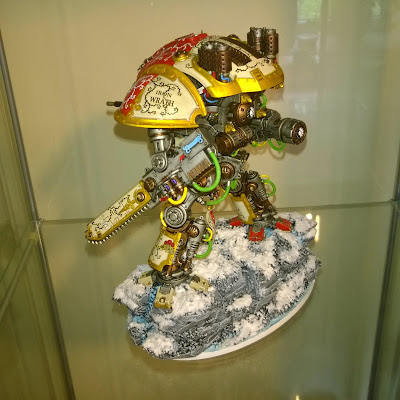 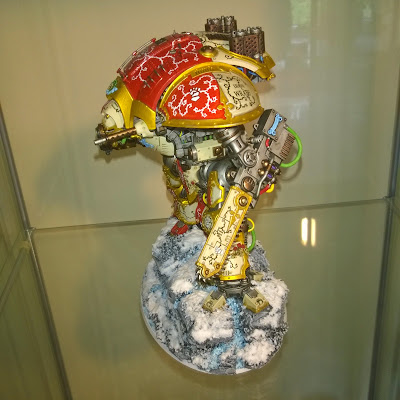 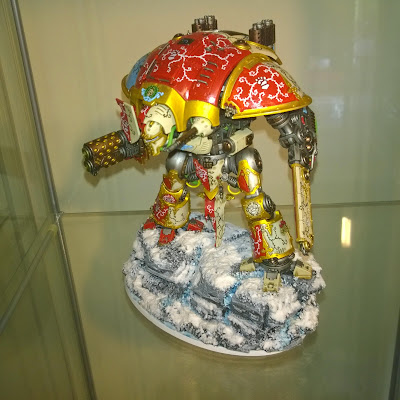 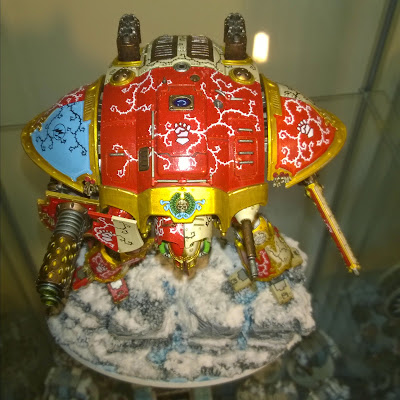 As you can see I've added Thunderbolts iconography and colour to the right shoulder guard to signify the knights current allegiance, I'll maintain this across all my future knights, all of which will be freeblades. All my knights will represent freeblades who have been attracted to the forge world protected by my space marine chapter, The Thunderbolts, an Iron Hands successor chapter. You can find a great many posts about my Thunderbolts Chapter of Space Marines in this bogs' archives.
I'm well pleased, this was a major project for me; not the biggest model I've done, that would be my scratch built Big Mek Stompa, but by far the most detailed and complex on such a large scale. In comparison the Stompa has a much more basic finish with significantly less detail.
With regard to the new techniques I've tried, I'm pleased; the OSL behind the visor hasn't quite worked but it hasn't been the disaster it could have been, more practice needed on that. The base has worked really well and I'm now completely sold on the idea of putting as much effort into the base as the figure. My work on the Eldar Corsairs has reinforced that for me, see them here.
The freehand vines and thorns I like and am really pleased with; I'll be going back to my Hornet to do some freehand work on that as soon as I've decided on the iconography for the band.
I hope you like this, please feel free to give C and C as usual.