I have been reasonably productive this last month. My main 2015 objective is to clear the back log of models i have.
First up here are a Tactical Squad and a Drop Pod. 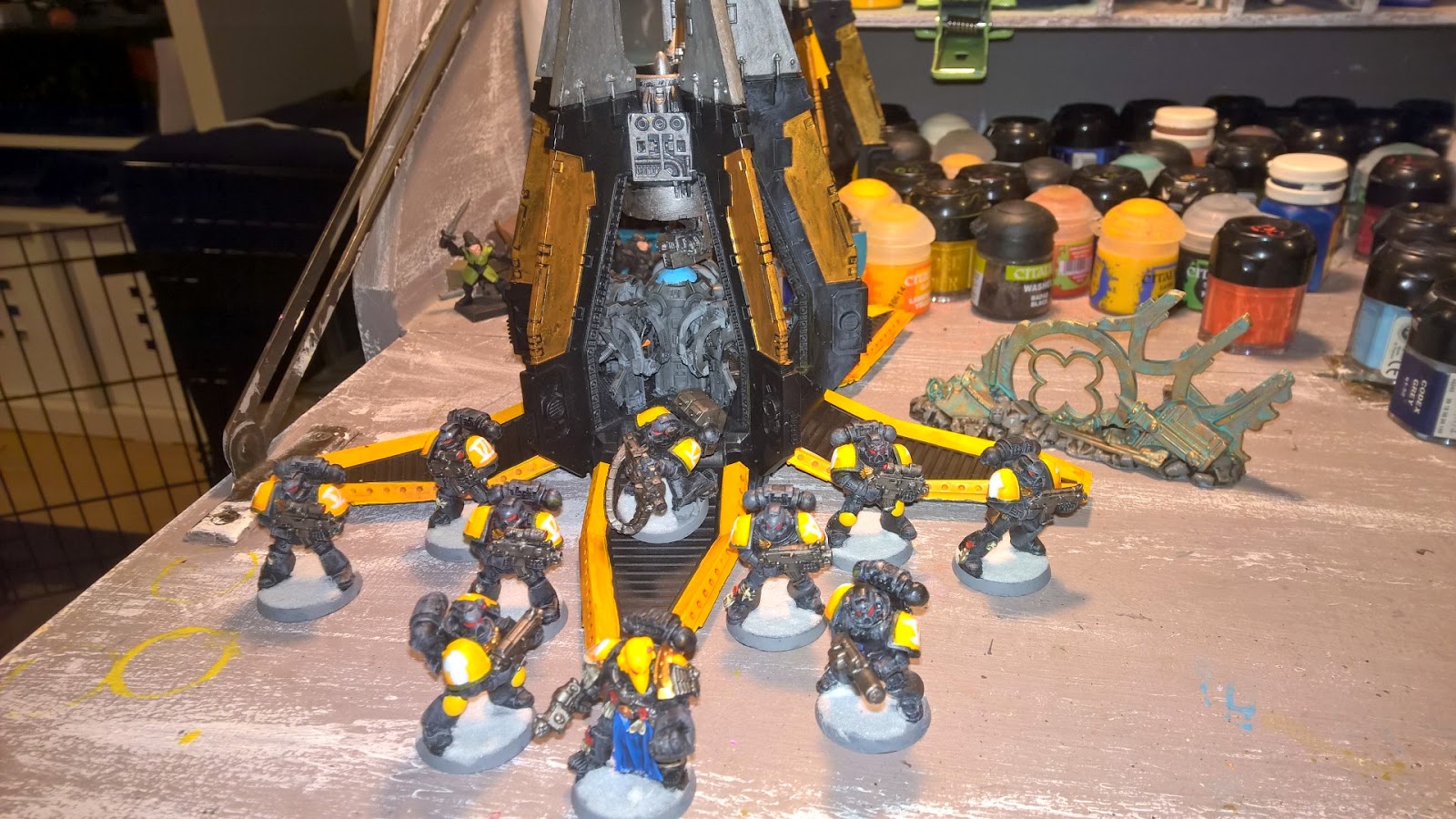 The tactical squad is my 10th for my chapter, and the 3rd for my drop pod company. It is made up from bits I bought in a job lot a while ago. I stripped them down and repainted them. The Sergeant is an old MkII veteran model. Originally he had a bolt pistol and chain sword. I have enough squad leaders’ armed like this and wanted something different. Initially I was going to give him a plasma pistol. Unfortunately I didn’t have any in the left hand only right handed ones. In the end I rummaged through my bits box and found suitable kit options for him, a Grav-pistol and a Power Fist.
The other change is the blue cloak. I noticed on this model there was book. So it got me thinking why would he be carrying this item? The story I have for him is that he starting to show some psychic potential and so has started his training with the companies librarians. He has the honour of wearing a blue cloak as a result of this 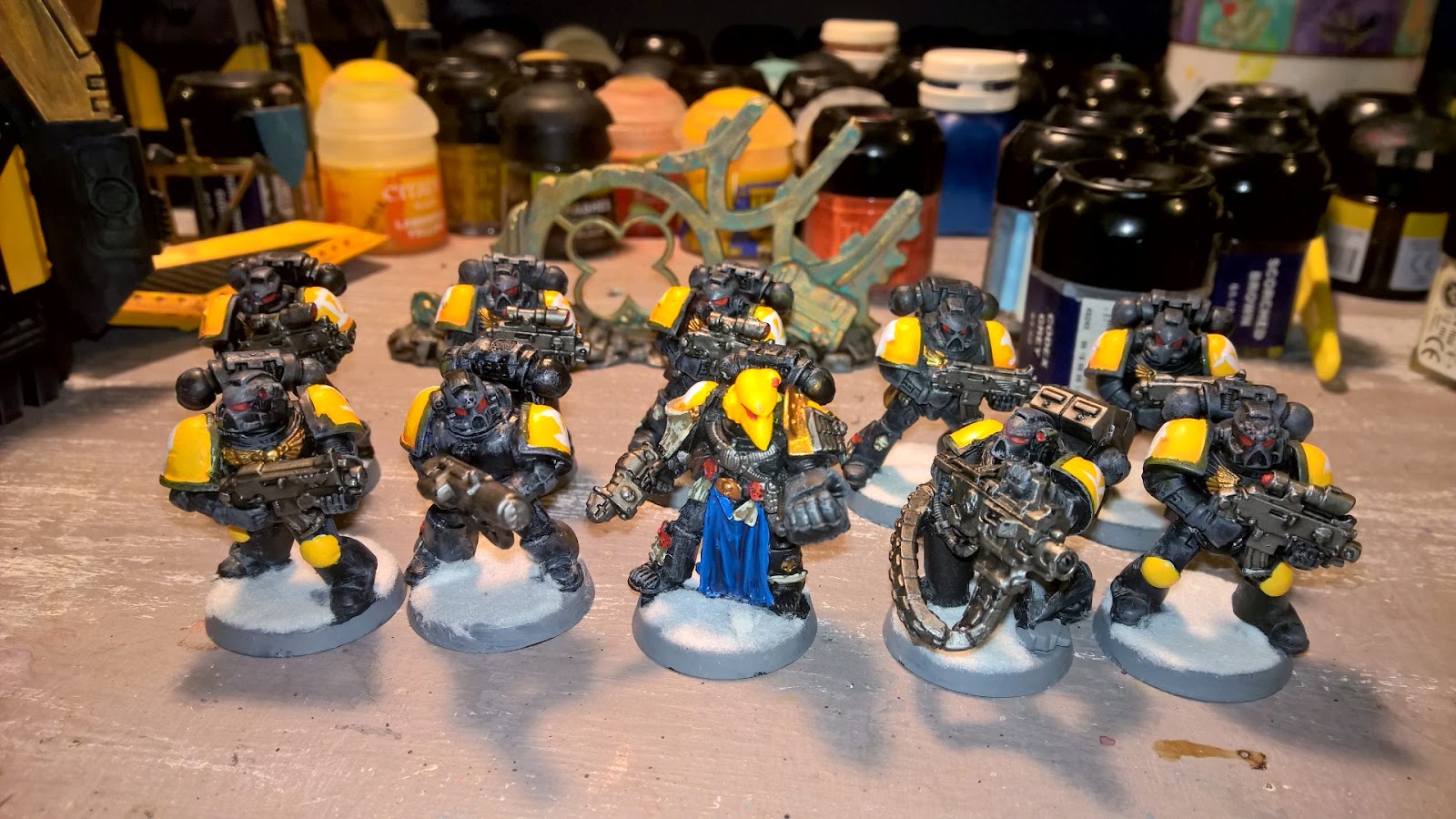 The Drop Pod is another one of my cheap purchases. I got a load of pods about 4 years ago for about £10 a pod. Unfortunately they were painted already. Some of my paint has had difficulty covering it. Over all I am happy with it as a gaming piece, rather than any well painted model. 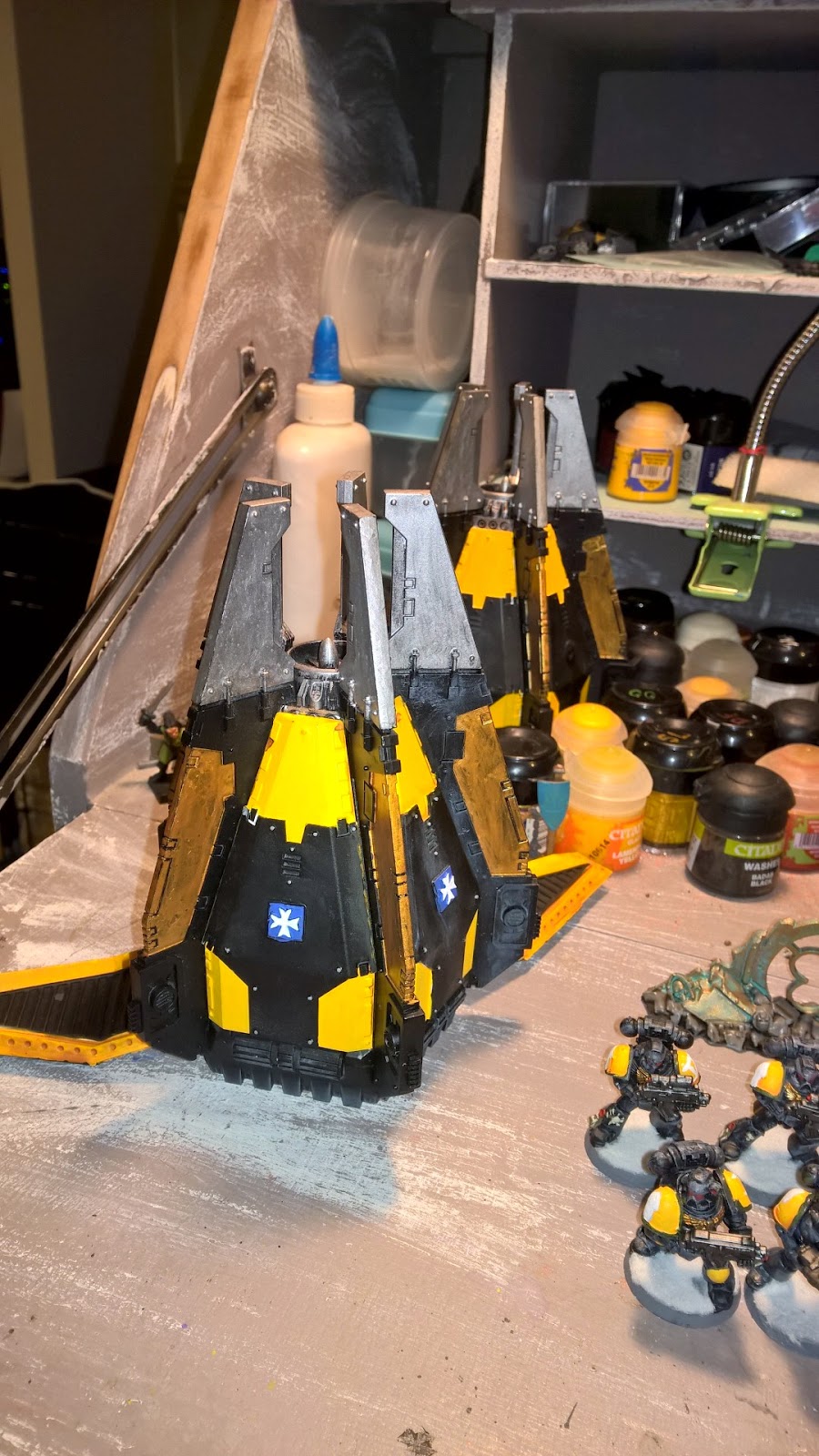 I have also been buying more Forgeworld goodies. 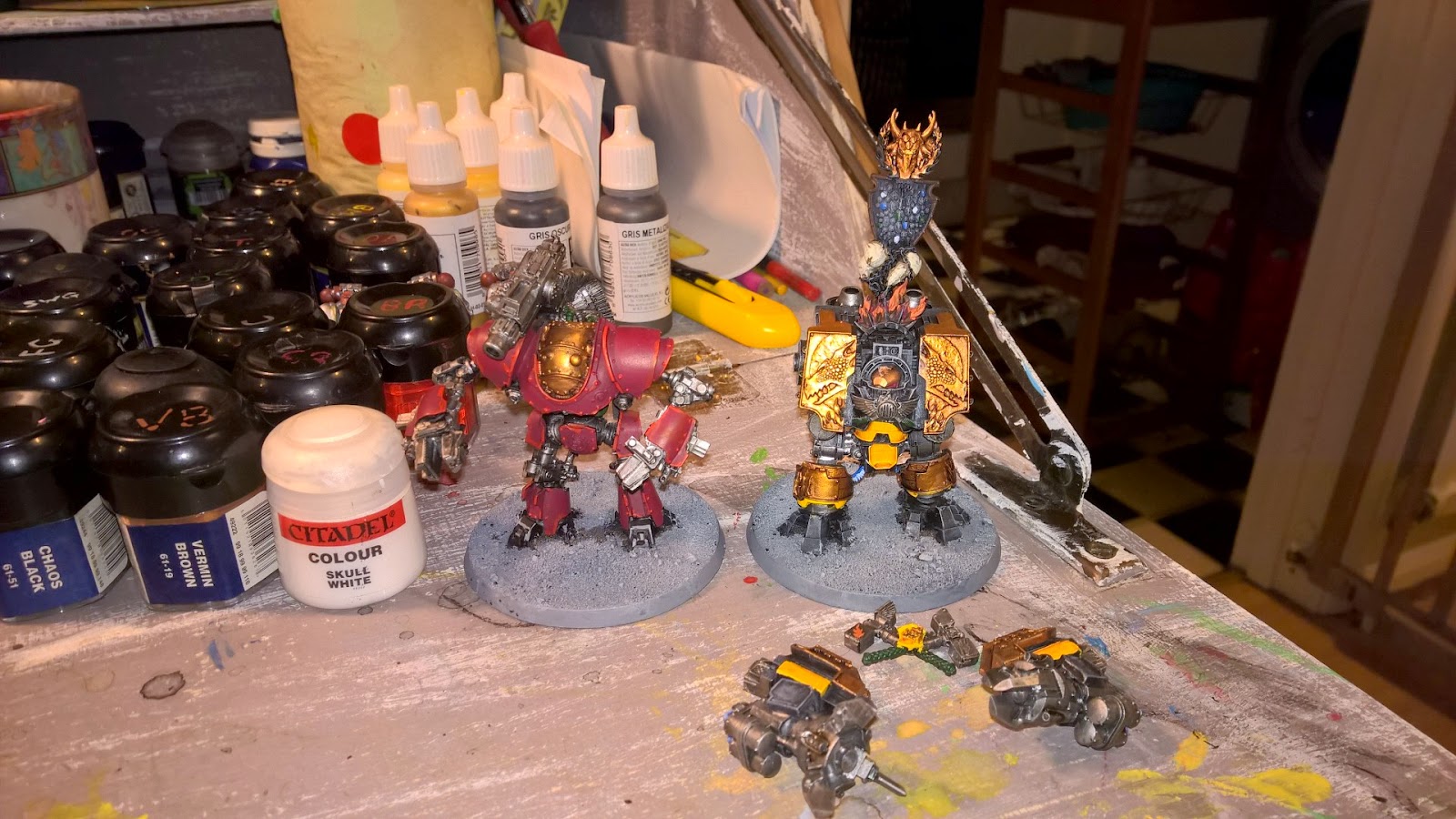 First is Bray’arth Ashmantle, the Salamander Venerable Dreadnaught. I have completed about 80% of him and am currently working on detailing him. 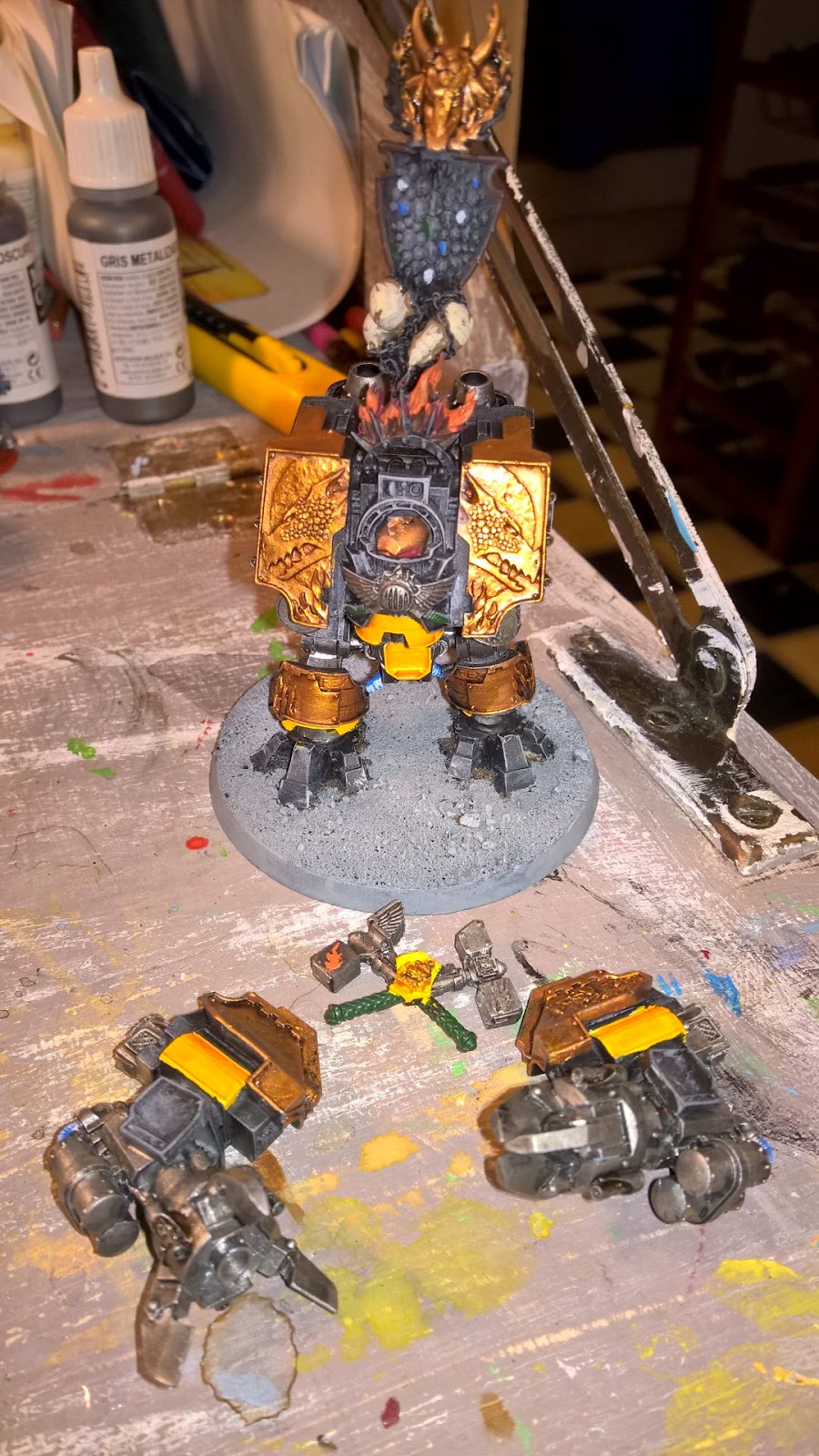 Next up is a Battle-Automata. I really like the model, but don’t see collecting an army of Ad-mec. I do see an inquisitor with close ties to the Ad-mec being given one as a body guard. That is how I will use him. Again he is about 80% complete with a bit more detailing and highlighting required. 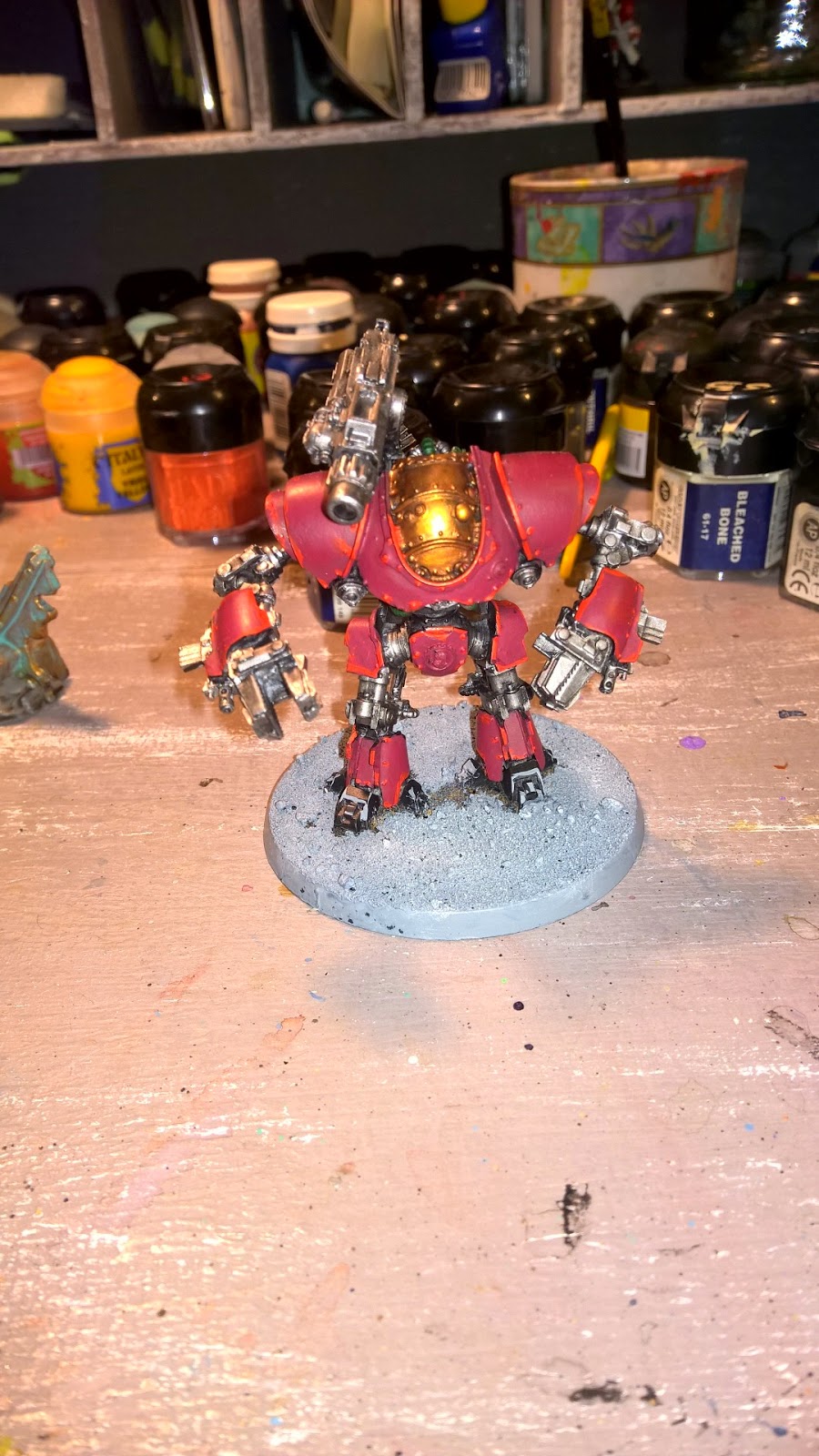 Finally I have built up some more models I got in the job lot. In total I got 8 Assault marines, 30 Tactical marines, 5 Devs, 10 Terms  (AoBR) and 5 scouts, all for £30. This month I aim to do some terms and some scouts.


The terms I have converted to lightening claw ones. I had a full set of claws so I only needed to buy some shoulder pads. I was able to pick them up off eBay for £3.  Here they are all built up. 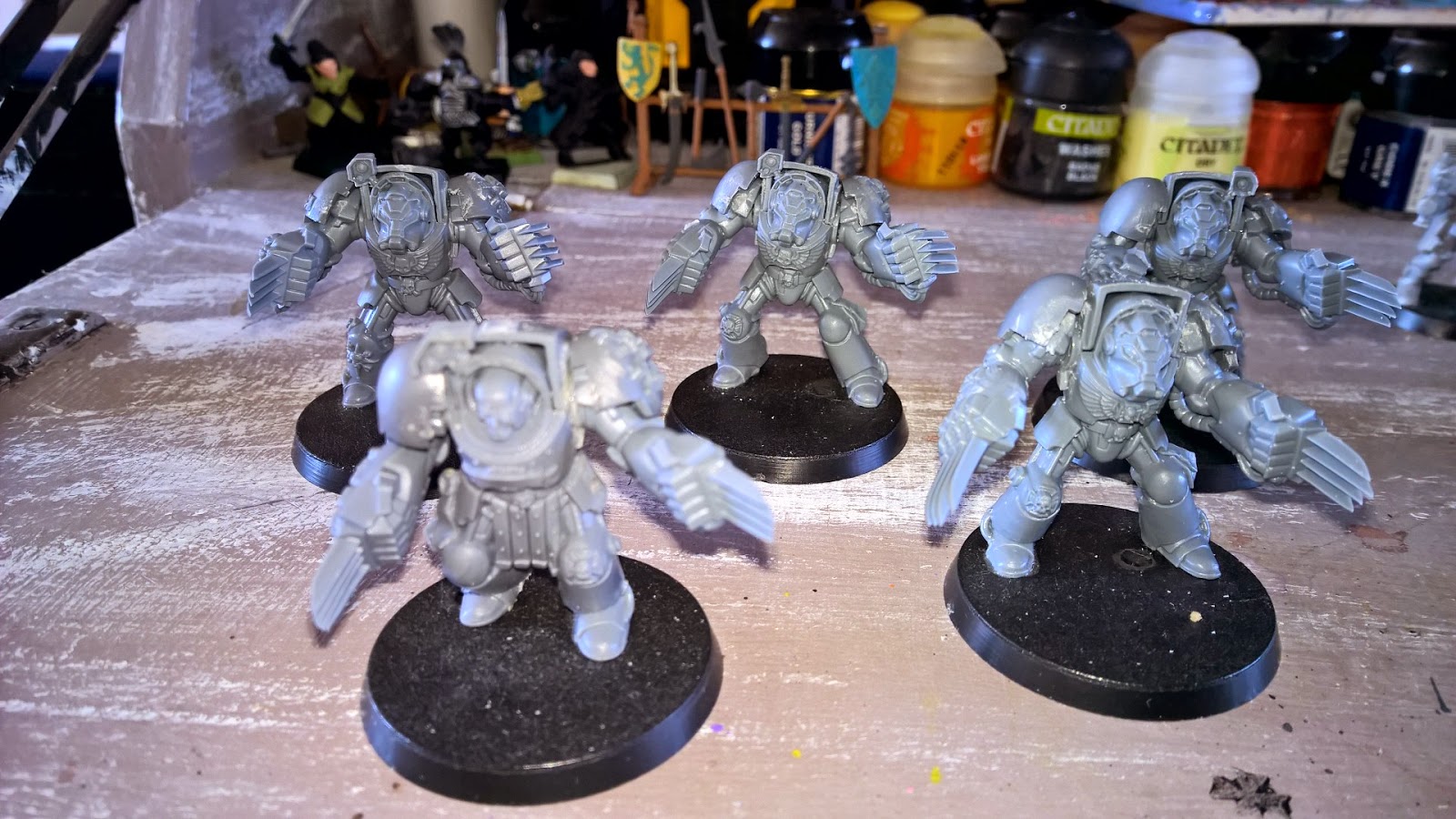 The scouts I wanted a close combat squad. They will eventually get a storm as transport. I think a good load out for them is close combat blade and bolt pistol. They were all armed like this. I wanted the sergeant to be armed with a combi melta and a power fist. I had loads of spare combi weapons from the sternguard squads I bought a while ago, and the fist came from the command squad set I got with Sevrin Loth. 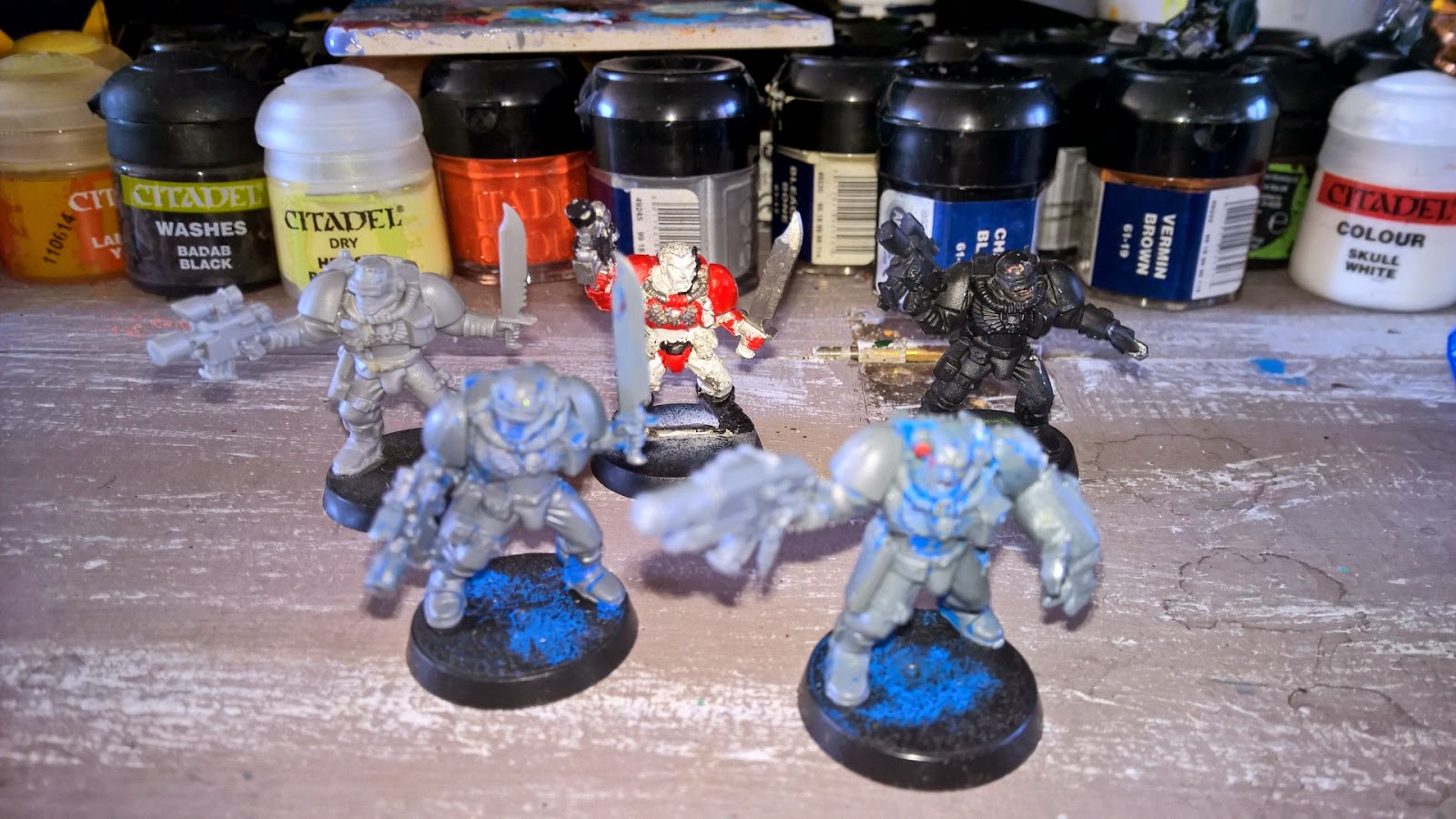 Both of these squads have now been under coated and are on my painting table. The expansion contiues