So my last post i talked about playing SAGA for a change up from 40K.  So with the release of 40k 6th edition it drew me back in again.  The rules are the best set yet in my opinion.. and the rulebook is far easier to interpret.

So with money short at the moment, this new project started with the aim being how can you get the most use out of your models for your buck?  For years ive dabled with CSM but not really got the project off the ground.  I had been given a load of chaos stuff by Red Mist years ago but not got round to it.  It also seemed an appropriate project given the rumours (at the time) of the impending release of the new chaos codex.

So the Code Crew went off to Games Day UK and extremeluko picked up the forgeworld book betrayal featuring the first pre heresy lists and primarchs.  I picked up Dark Vengeance  and it was if the penny had dropped at that moment.  Why not paint the core of the army so it could be used as a Space Marine Army, A CSM Army and be used as a Legion List from forgeworld.

So i decided to paint some test models. I started off with the idea to have a go at a Word Bearer, Alpha Legionaire, Thosuand Son and Death Guard. All in pre heresy colours. I abandoned the Word Bearer and Alpha Legion guy early they were just not doing it for me. The other two i completed.
Obviously from the title i plumped for the Death Guard and the test model is shown below: 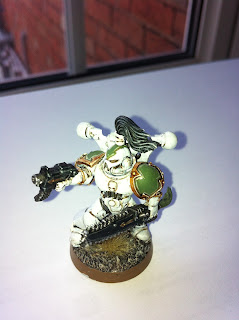 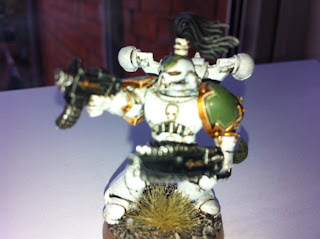 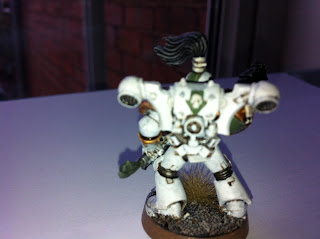 So now ive finnally decided its full speed ahead...  Both the Marines and CSM from DV will be painted in the same colour scheme.  The DA symbols will be all carfeully scraped away.  As cash is tight i will be stripping old models and re building them to paint for this Army.  Ebay will also be my best friend as i look to build this army towards SVA13 next year.  Some pics of my work desk: 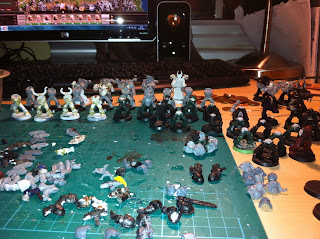 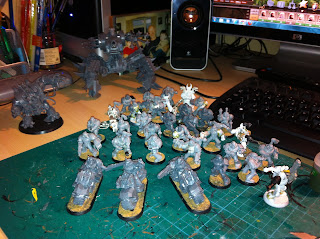 I picked these up off EBAY: 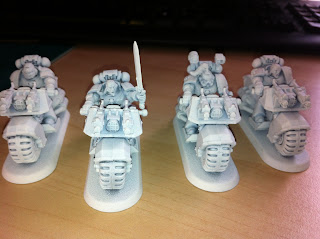 More pics and explanation of painting to come stay tuned.