Hobby Future - Life the Universe and Everything

Just about all the posts on our blog are normally about sharing progress.  Often cool conversions, explanations of how we achieved the finish and in general a showcase.  I confess that is normally what I do with the exception of the return to code40k campaign myself and Trevdog undertook.  This post however is a DOC editorial straight from my head about where I am at.

I am not entirely sure if this post is for me or for anyone who might read it.  Its certainly an attempt to understand what I want from this hobby which I have been involved in pretty much my whole life. Also yes comment but read whole thing please, it gets the negativity out the way first and moves on from there! 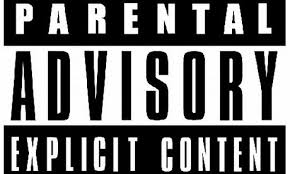 I know you might think this shit is going to get deep!  Fear not it wont! Its about model soldiers how deep can you actually get.

I really like my plastic crack and have a Space Wolves, Eldar, Necron, Renegade Guard, CSM armies all quite large, also I have a 30K pre heresy death guard army in bits, Tomb Kings, Dwarfs.  I also play Xwing, Deadzone, SAGA, Necromunda and have backed Warpath.  This underlines my crazy mad commitment to all things hobby but now its time.....

I hate 40k at the moment..... Why and I am sure you have all been here or thought these things:

Codex Creep has become CODEX Warp Speed......
Balance in the game or more to the point the complete lack of it
I cant keep up with the pace of change
I cant paint all the minis I own
I collect too many armies for the speed of release
I haven't got time to play the game
I cant afford to keep up or don't want to any more
White Dwarf and Visions Suck bring back Paul Sawyer
GW business model isn't aimed at me and I have spent thousands with them over the years!
Big isn't necessarily better - Stormsurge you suck if you fell over you would be like Ed209 in the robocop movies screaming around the floor trying to get back up!
A growing gap in the relationship between the fluff and the tabletop
People hate on Forgeworld
Competitive gaming has lost all appeal to me especially in a game which is terribly balanced
He who has the most money wins!
Some formations are extreme to say the least and have the armies don't have em yet!
People still think 1 HQ and 2 Troops works even when there are now armies without HQs!

Thinking about everything something that has come apparent is the group of mates I have played with for years have started to become less GW fanboys and start playing new things.  We use to be staunch 40kers with the odd bit of warhammer before sigmar thrown in.  Now we are not.  We recently had a code40k friendly day and it struck me how low the enthusiasm for the event actually was.  We as a group have changed our mindset and me as model collector has also changed.  Is this a bad thing?

No, but I do think GW have to take a large part of the blame.  The business model hasn't worked it hasn't kept hold of one of the most loyal fan-bases in the world.

So after all this moaning will I still play 40k will I take my models and burn them like a witnessed when sigmar was released.  NO I wont burn my models and no actually I wont sell them off I have been there before and have realised I normally regret it!  Yes I will still play 40k.  So what the fuck has changed then.  I wont for example

Start any new 40k armies for the foreseeable future
Try and keep up - I will get stuff when I'm ready and I really wont be forced by limited run any more
Not sure yet but I'm not feeling the love for tournaments either at the moment
Play pick up games - its the age now where you need to have a chat about what you intend to take. SO ITS FUN FOR BOTH PLAYERS!

Right rant now becomes a positive what's good then DOC why the hell do you collect if you feel like this. 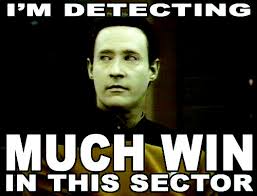 The greatness of the hobby...

I have some life long friends who share my love of the hobby... for example both of the two chaps who were my best men are geeks!
I will talk to complete strangers for hours in the local games stores about the hobby (in the age of mobile that has to be a positive!)
I can still recall great battle moments from 20 years ago!
The last event I did attend at Pork Chop was so much fun... in a pub, drinks, a laugh, the right spirit!
Its social, creative, artistic, you constantly learn new shit!
Its the only topic I could win on mastermind at!
The GW fluff is great (except the new novella for stupid money craze!)
Fully painted armies on well modelled and painted boards still makes think fuck that's ace!

Ok Doc you said something about the future 30 mins ago when I started reading this!

I intend to play a written campaign with Boss Bludtoof spread out over the course of 2016.  A ladder story driven affair.  Innermech is also interested and I wonder if we can write more than two of us into it.  Maybe other Code guys would be interested?  Lets play something that fits with the fluff and utilises what we've got not the arms race!

More important I would really like to play 30K at get my Death Guard up and running.  We have a commitment to our first Heresy game just after Christmas.  Lets do this shit!  This leads me on to the rest of the time.

Lots of variety I don't care any more about being really good at one system...

Going to play X wing more, Deadzone (kick-starter stuff comes in January hell yeah!), Warpath, SAGA, Old school Warhammer....  and lastly on to something that recently has made me think GW have finally woke up and smelt the roses 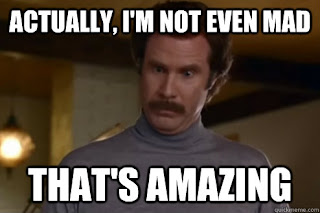 Battle for Calth... GW that's a hit that's a great idea, great minis stand alone and usable in 3 systems.  Tip my hat you clever gits something special well done!  I will be asking for this for Christmas!

But then when  I was realing from that BOOM the announcement of the return of SPECIALIST GAMES. I absolutely love Necromunda its by far the greatest game I have ever played.  Also Blood Bowl, BFG.  Yes now GW... you get it people don't always have the money and time for mass battles skirmish games have really started to kick your ass.

This is one long load of dribble but its my dribble.........  Hope you enjoyed parts of it and the odd thing made you laugh.

Last thing.... Thanks all and more importantly thanks to all the gaming buddies I have battled, painted with and generally chatted to over the years you folk are immense (had to get a lukodakka word in!)