As blood bowl fever has reached fever pitch here at code40k I have decided to go with a tomb king themed team.  It also seems to make economic sense being as I have a large warhammer army that I havent barely used for the last two years!

So off I went chopping, filing and basing on 32mm's to match the new pitch size.  I decided to build a full roster plus re roll, score and turn marker hey you might as well go whole hog right!

So as the title suggests this is still work in progress but with our first bloodbowl day approaching on the 5th March I need to keep up the momentum.  So here is a few pictures of the completed models which as yet are not transferred up but will be soon... 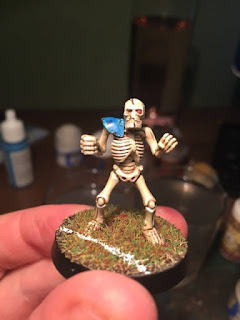 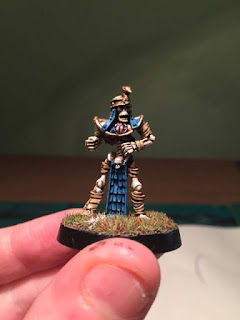 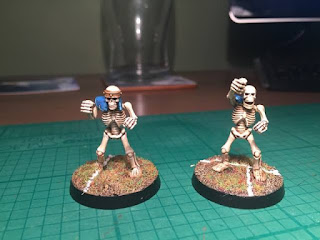 Two More Skeleton Lineman (including "thumbs up") Plenty of room for humour in blood bowl! 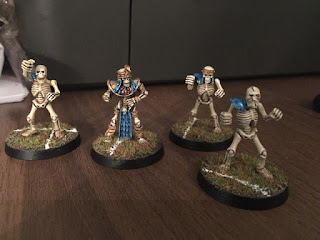 Group shot of the 4 completed models 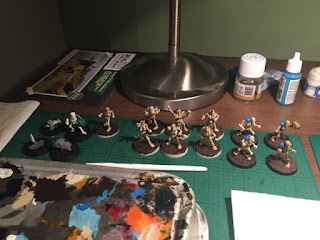 Lastly the work in progress pile all of various stages of completion.  Once I get further I will get some photos taken in Innermech's photo both.  I will also photo up our first bloodbowl day on the 5th March which promises to be a whole load of fun!

As always comments and critique is always welcome